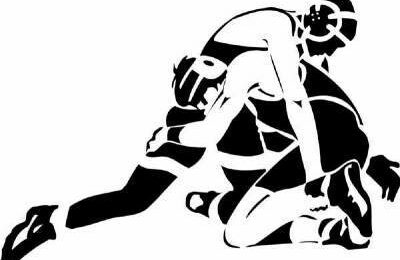 Here are the results from over the weekend for Albert Lea Area Wrestling (From Tyler Vogt Head Coach)
Varsity went down to Coralville, IA to wrestle in the Dan Gable Donnybrook. This tournament is an extremely tough tournament that brings 40 plus teams from all over the Midwest. We brought 12 wrestlers down with us.
Girls 100: Maggie Olson took 4th and was in the podium. She went 2-2
106: Ryan Collins took 20th and went 3-3
113: Michael Olson took 4th and was on the podium. He went 3-2
120: Logan Davis took 4th and was in the podium. He went 3-2
126: Aivin Wasmoen took 22nd and went 3-3
132: Brody Ignaszewski took 7th and was on the podium. He went 4-2
138: Nick Korman took 18th and went 3-2
145: Mavrick Attig took 22nd and went 2-3
152: Mason Attig took 34th and went 1-3
170: Luke Moller took 11th and went 3-2
182: Kadin Indrelie took 18th and went 4-2
220: Jose Fernandez took 34th and could not wrestle due to an injury.
JV wrestled in Zumbrota-Mazeppa in 4 duals all of these schools have strong Varsity programs.
Shakopee lost 33-33 lost tiebreaker on criteria
Zumbrota-Mazeppa lost 45-30
Dover-Eyota won 62-18
Apple Valley lost 42-26
Holmen, WI lost 43-21
JV and Varsity will return to action this Friday as we take on Rochester John Marshall.
NRHEG Wrestling at St. James
On Saturday, December 3, the NRHEG Panther wrestlers traveled to Saint James for the Paul Krueger Classic. NRHEG had 9 place winners, and finished the tournament in 6th place out of 8. Lake Crystal – Wellcome Memorial was the team champion of this tournament. I have attached the match results involving NRHEG.
Our Place winners were:
Champions: Harbor Cromwell (10) at 160, and Makota Misgen (12) at 285
3rd Place: Annabelle Petsinger (11) at 126, and Ryan Schlaak (8) at 152
4th Place: Jacob Karl (9) at 113, Deven Parpart (9) at 138, and Cole Hutchens (10) at 195
5th Place: Aidan Schlaak (10) at 145, and Aden Berg (12) at 195
Comments:
The highlight of our day was having two individual champions: Harbor Cromwell, and Makota Misgen. Harbor is only in his second year of wrestling and has come a long way and deserves this opportunity to get his first tournament win. Makota continues to demonstrate that he is one of the best wrestlers in the state in his weight class as he finished with two dominant falls on the way to his championship.
Our team has quite a bit to work on as we put this tournament behind us. We are a fairly young and inexperienced team, and that showed a little today. Young and inexperienced is not an excuse for how we performed, because I know that we are capable of wrestling better than what we have shown to start the season.
The good news for our team is we have dedicated athletes, who are going to come into the wrestling room and work on making themselves better. We are in the beginning stages of a very long winter sports season and we are going to have to work a little harder to get to where we need to be.
Our next competition will be a Gopher Conference dual meet with Kenyon-Wanamingo. This meet will be in New Richland on Thursday, December 8, at 7:00 pm. Thank you for your coverage of NRHEG Wrestling!
Lake Mills Bulldogs Compete in Blue Earth Invite

On Saturday, the Bulldog wrestling team traveled to Blue Earth, Minnesota, to take part in the annual Dick Maher Invitational. Lake Mills did not have its strongest team showing, placing 6th out of the eight teams. “We have many inexperienced wrestlers this year, so we only had nine scoring wrestlers in the varsity brackets,” said Coach Alex Brandenburg. “Putting many of our kids in the junior varsity brackets today and having some success was more important than where we finished in the team standings.” Two Bulldog wrestlers captured titles in their respective brackets. Sophomore Lucas Oldenkamp continued his dominance of opponents this season with a major decision in the finals, while freshman Steve Brandenburg also remained undefeated on the year, squeaking out a 7-6 win in the finals. Sophomore Hayden Helgeson lost a hard fought decision to a state qualifier in the finals to finish second, while junior Beau Kaufman and sophomore Wyatt Hanna each placed 3rd. “Overall, our varsity wrestlers need to start being more aggressive on their feet,” Brandenburg said. “Our junior varsity kids seemed to be taking more shots than their opponents, but our varsity kids seemed to sit back and let the opponents take it to them.”