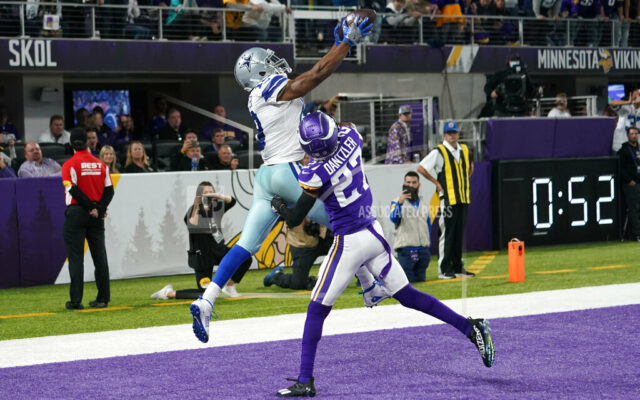 MINNEAPOLIS (AP) — Cooper Rush subbed for the injured Dak Prescott and passed for 325 yards and two second-half touchdowns, the last a 5-yarder to Amari Cooper with 51 seconds left in the Dallas Cowboys’ 20-16 victory over the Minnesota Vikings on Sunday night. Rush connected on the go-ahead throw to Amari Cooper with 51 seconds left to beat the Minnesota Vikings 20-16. The Cowboys improved to 6-1. The Vikings fell to 3-4. Rush overcame two turnovers to slice up the Minnesota secondary in his first NFL start. He handed the offense when Prescott was shelved in a game-time decision due to a strained right calf muscle. Kirk Cousins and the Vikings offense struggled most of the night.