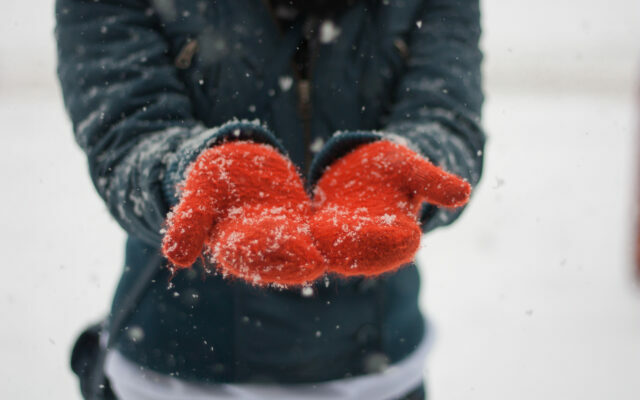 Girl catching snowflakes which are falling on her orange knitted gloves.

The National Weather Service issued a blizzard warning in Minnesota’s Cook County and a winter storm warning across the northern regions of Wisconsin and Minnesota until early Monday. Forecasters warned that strong winds and heavy snow would make travel dangerous.

The National Weather Service reported snowfall of 11 inches in Erskine and warned that the hardest-hit areas could see up to 16 inches from the storm.

The Minnesota State Patrol reported hundreds of car crashes during the storm. Authorities said 26 of the crashes resulted in injuries. No fatalities were reported.