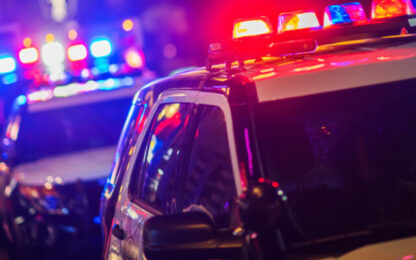 A Welcome man was arrested Sunday night on outstanding warrants in Winnebago after allegedly fleeing police.

Christian Michael Jagodzinske, 25, was taken into custody without incident.

The Faribault County Sheriff’s Office said they received information that Jagodzinske would be in Winnebago.  Deputies initiated a traffic stop on Highway 169 on an SUV that Jagodzinske was said to be an occupant of.

According to a press release, Jagodzinske, a passenger in the vehicle, fled on foot into a bean field when the SUV pulled over.  Deputies pursued him on foot and were able to place him under arrest.

Jagodzinske advised law enforcement he couldn’t breathe, according to the release.  He was transported via ambulance to United District Hospital in Blue Earth, and evaluated in the emergency room.  He was then booked in the Faribault County Jail for fleeing on foot and his outstanding warrants.

A search of court records shows Jagodzinske had a warrant for drug possession.