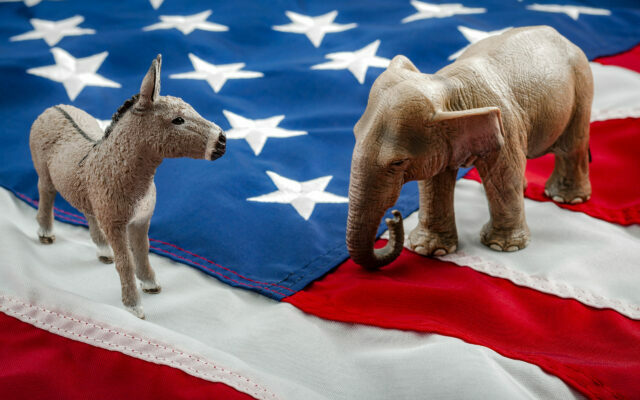 Democrats vs republicans are facing off in a ideological duel on the american flag. In American politics US parties are represented by either the democrat donkey or republican elephant

Two more candidates have filed to run for the special election in the first congressional district.

Kevin Kocina, who lists his campaign office in Hastings will run as a Republican, and Richard Reisdorf, of Mankato, will run for the Legalize Marijuana now party.

They join a field of five other candidates, including former state representative Brad Finstad, and Rep Jeremy Munson, from Lake Crystal.

The special election to replace the late Jim Hagedorn in Congress will be held on August 9.  A primary is set for May 24.