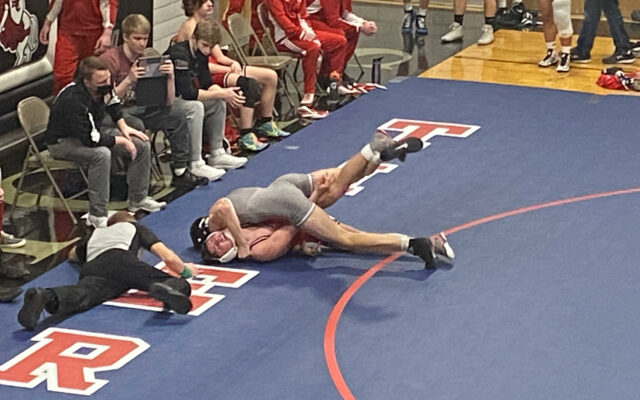 Albert Lea Area wrestling hosted a triangular in Alden Monday. It was the first wrestling match in Alden since the co-op has been established. It was great to have an opportunity for the Alden students to perform in their own gymnasium and the crowd was excellent. It was a special evening as they remembered Tim Korman, father of Albert Lea Area wrestler Nick Korman.