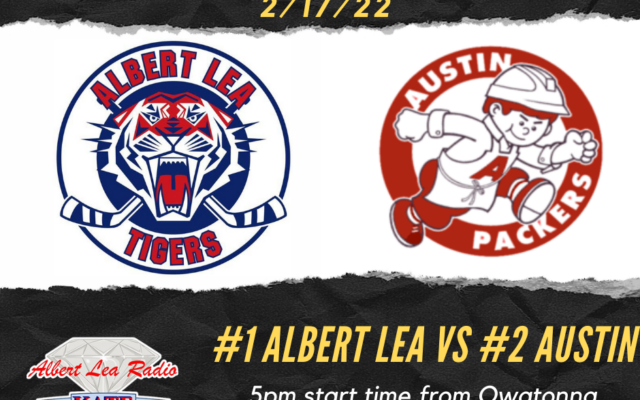 -In Section 1A, Top seeded Albert Lea will face 2nd seeded Austin in the section final, at 5 in Owatonna.  Pregame at 4:45 with Aaron and Mark Worm

-Glenville Emmons will host Kingsland at 7:15 for Senior Night

-Albert Lea will host Fairmont at 4:45

-Alden Conger/Glenville Emmons is at Grand Meadow at 7:15

-Albert Lea will host the opening round of the Section 1, 2A Tournament, as 11th seeded Pine Island wrestles 6th seeded Bryon at 6:30.  Winner will face 3rd seeded Albert Lea right after.

-In Section 2, A,  5th seeded NRHEG will be at 4th seeded Blue Earth at 7; And top seeded Maple River/USC will host 8th seed St. Clair/Loyola vs 9th seeded Madelia/Truman/Martin Luther at 6, winner of that match will face Maple River/USC right after