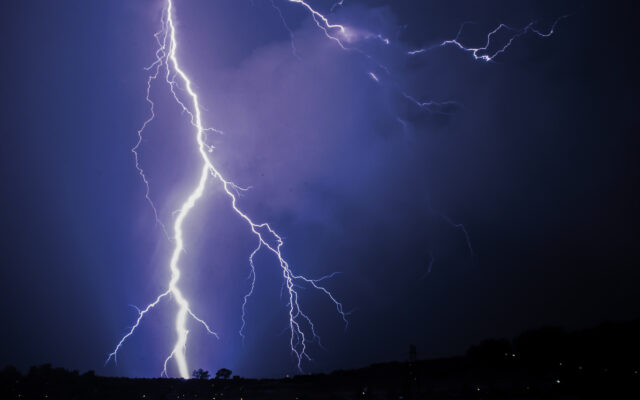 Cloud to Ground Lightning thunderstorm strike on the horizon with clouds

MINNEAPOLIS (AP) — Thousands of people in Minnesota and South Dakota are without electrical power as the region recovered from storms and tornadoes that left damaged buildings, trees and roadways. The National Weather Service says in a preliminary report there were four tornadoes on Monday in western Minnesota, along with wind gusts and large hail. More than 37,000 people were reported to be without power early Tuesday. Cities across the region reported extensive damage to buildings. No fatalities from the storms had been reported early Tuesday.