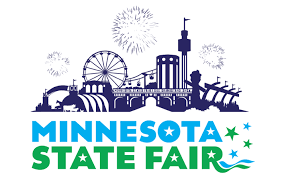 Strong storms knocked down trees and shut down State Fair

MINNEAPOLIS (AP) — Strong storms knocked down trees and caused more than 27,000 people to lose power across the Minneapolis area Saturday night, prompting the Minnesota State Fair to shut down rides and cancel a concert. Wind gusts over 60 mph were reported as the storm moved across the metro area, but by Sunday afternoon fewer than 2,500 Xcel Energy customers were still without power. At the State Fair, the heavy rain sent many people fleeing for the exits. Fairgoer Marisa Palmer said the storm was scary at first. The State Fair planned to offer refunds for the cancelled concert, but no significant damage was reported at the fairgrounds, so the event was back open Sunday.