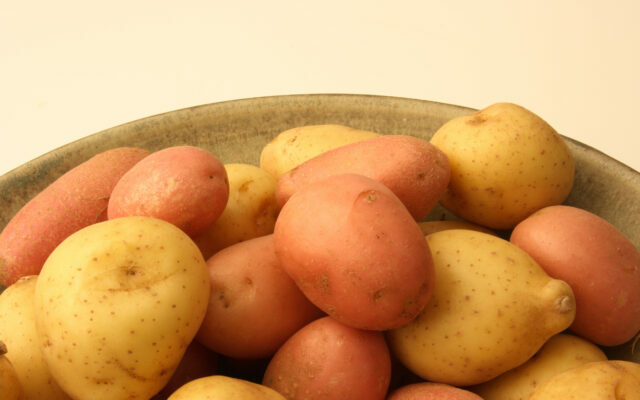 Subject: A bowl of red and yellow Yukon new Potatoes on a white background

I-94 eastbound is closed after a crash near Albertville resulted in a potato spill.

The crash, which happened at about 4:45 a.m. at Wright Co Rd 19, involved two semi-trucks, according to the Minnesota State Patrol.  One of the trucks lost its load of potatoes, says Sgt Jesse Grabow.

The potatoes are apparently freezing on the roadway and the Minnesota Department of Transportation will need to bring in special equipment to clean up the spuds – some of which were mashed by motorists who also hit crash debris.

Grabow says none of the injuries in the crash appear to be life-threatening.

MnDOT’s website says the road will be closed until roughly 9 a.m.