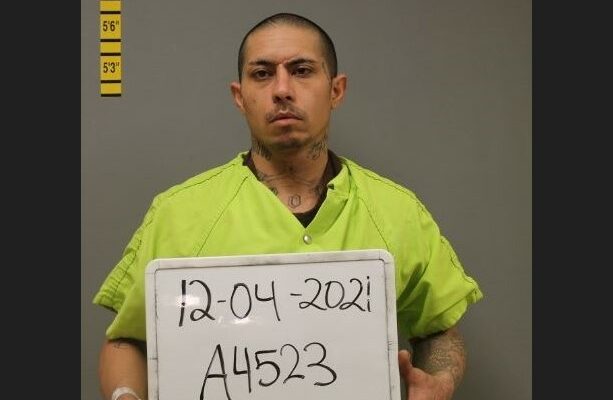 The Freeborn County Sheriff’s Office is searching for a murder suspect in a shooting in Albert Lea Tuesday afternoon.

Deputies were called to an address on 160th St just before 3:30 p.m. for a report of a man who had been shot with a firearm. Emergency responders arrived on scene and attempted life-saving measures, but the victim was pronounced dead at the scene.

The suspect has been identified as 22-year-old Ben Vidal Moreno. Police say Moreno and the victim were known to each and the two men had “issues between” them. The victim’s name has not yet been released.

Investigators say Moreno was at the home when the victim and another man went to the residence. As they left the home, the vehicle was struck by multiple rounds from a firearm as the men turned westbound from 160th St out of the driveway, according to a press release from the sheriff’s office.

Police say the victim got out of the vehicle and walked back to the house. The driver of the SUV heard one more shot, according to the release. When he realized the victim was not returning to the vehicle, detectives say he drove away from the scene. That witness was interviewed by police shortly after the shooting.

Moreno left the home in his pickup truck moments after the shooting, according to the sheriff’s office. His vehicle is a 2004 Ford F-150 four-door pickup with license plate EUZ057. His location is unknown.

Investigators say they’re not certain Moreno is armed, but they assume he is carrying a weapon Police say they believe strong negative feelings between Moreno and the victim led to the shooting, and they don’t believe he is a threat to the public.

The Freeborn County Sheriff’s Office is asking anyone who sees Moreno’s vehicle to immediately contact police and to avoid approaching the vehicle.