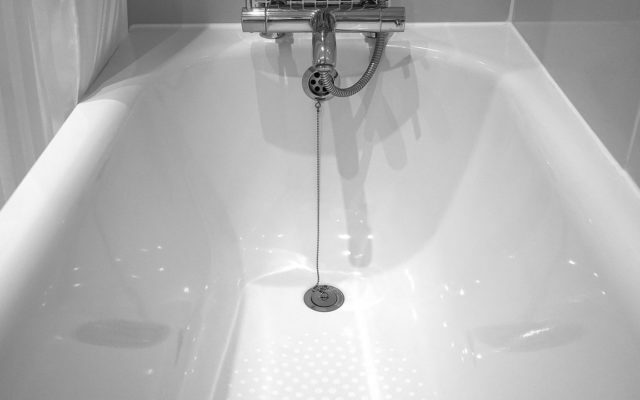 CHIPPEWA FALLS, Wis. (AP) — A Minnesota man who allegedly broke into an occupied Wisconsin home last week and locked himself in a bathroom never had a chance to come clean. He was getting ready to take a bath when authorities arrived.

Authorities say the 29-year-old St. Paul, Minnesota man was filling up the tub when Chippewa Falls police who answered the call of a stranger in the home ordered him to come out of the bathroom. He did, wearing only a T-shirt and underwear that was inside-out, authorities said. His pants were on the bathroom floor.

The unbathed suspect had an odor, police said, of alcohol. He’s facing charges of burglary to a dwelling and criminal trespass.