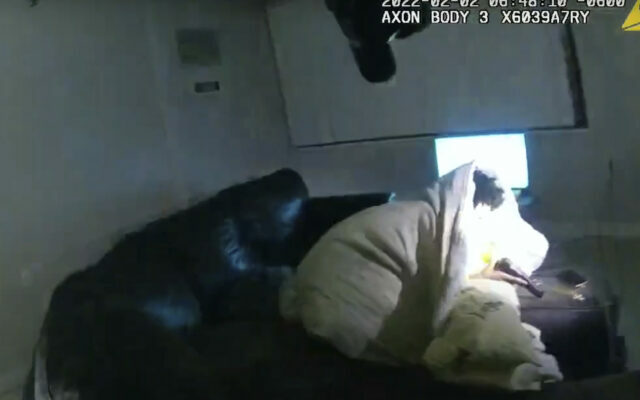 MINNEAPOLIS (AP) — The Minneapolis mayor has imposed a moratorium on no-knock warrants after Amir Locke was killed as a SWAT team carried out a search warrant in a downtown apartment.

Mayor Jacob Frey says the moratorium is effective immediately and will ban both requests for and the execution of warrants in which police do not announce themselves. Locke’s parents and their attorneys say the 22-year-old Black man was “executed” by a Minneapolis SWAT team that woke him from a deep sleep on Wednesday morning, and that he reached in confusion for a legal firearm to protect himself.

Police body camera footage shows the officers entering a downtown apartment and shooting the 22-year-old man, who was wrapped in a comforter on a sofa and had a gun in his hand.