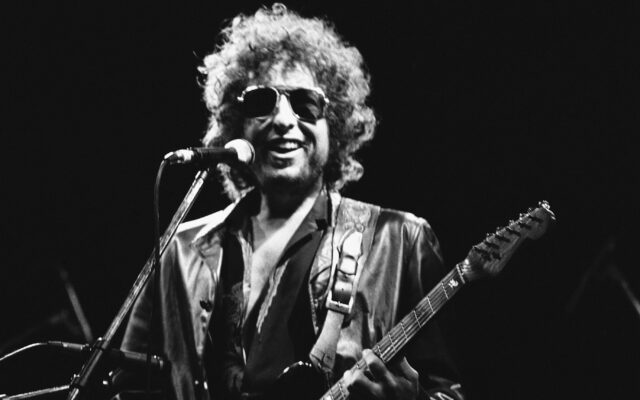 FILE - American singer Bob Dylan smiles as he performs during his show at the Colombes Olympic stadium in Colombes, France on June 24, 1981. Dylan’s entire catalog of songs, which spans 60 years and is among the most prized next to that of the Beatles, is being acquired by Universal Music Publishing Group. The deal covers 600 song copyrights. (AP Photo/Herve Merliac, File)

HIBBING, Minn. (AP) — A public art tribute to Bob Dylan has been unveiled in Hibbing with the hopes of inspiring a new generation of young artists.

The display of the Iron Range town’s most famous resident is located outside Hibbing High School, where the 80-year-old Dylan was a 1959 graduate.

On one side of the display, a brick wall features the announcement of the Nobel Prize in Literature that Dylan was awarded in 2016. The opposite side of the wall features a series of stainless steel panels that contain lyrics from more than 50 of his songs.

The volunteer group Hibbing Dylan Project spent five years and raised about $100,000 to design and build the tribute.