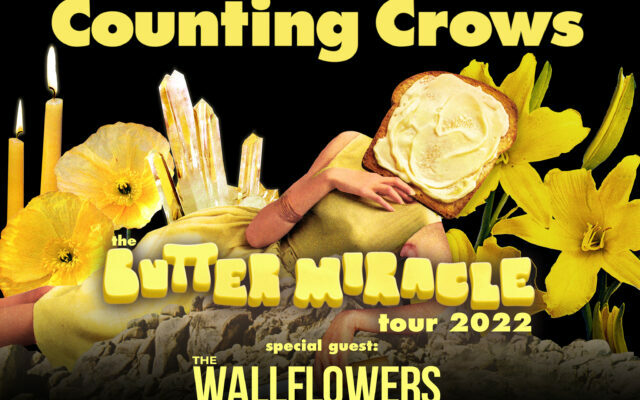 The Counting Crows, REO Speedwagon, and Styx will play the Minnesota State Fair Grandstand this summer.

The Counting Crows will take the stage Friday, August 26 with special guests the Wallflowers.  Tickets start at $34 and go on sale at 11 a.m. Friday, April 22.

Tickets for both shows are available through Etix.

The Counting Crows exploded onto the music scene in 1993 with the multi-platinum breakout album “August and Everything After.”  The band has since released seven studio albums, selling more than 20 million records worldwide.

The Wallflowers has been led for the past 30 years by founding singer, songwriter, and guitarist Jakob Dylan.  The band released “Exit Wounds” in July 2021, marking its first new material in nine years.

REO Speedwagon was formed in 1967, and fronted by iconic vocalist Kevin Cronin since 1972, REO is best known for its explosive 1980 album “Hi Infidelity,” which spent 15 weeks at #1.  The album was fueled by massive hit singles, including “Keep on Loving You,” and “Take it on the Run.”