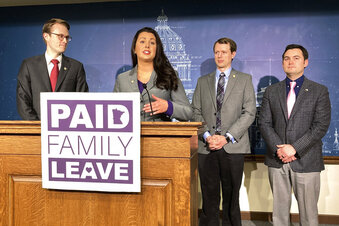 ST. PAUL, Minn. (AP) — Republicans in the Minnesota Legislature have offered a voluntary proposal for paid family and medical leave. It would rely on tax credits for employers who choose to participate, in contrast with Democratic proposals that would require paid time off. Republicans depicted their plan Monday as an innovative way to support employees who need time off after childbirth, or to care for sick children, or for parents nearing the end of their lives. Democrats have been pushing for years for family and medical leave. They say they’re glad Republicans have finally joined the discussion, but that their plan doesn’t go far enough.