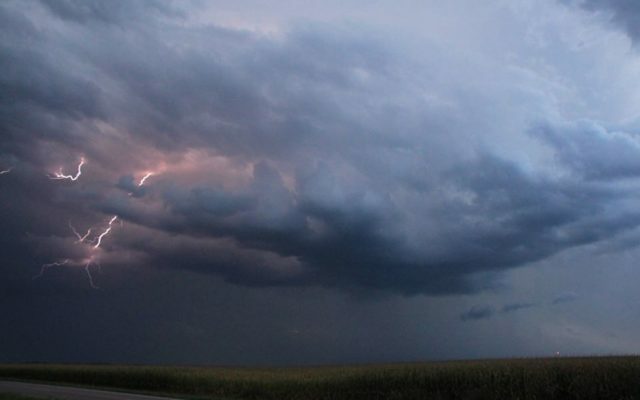 The region saw rain and lightning during Wednesday night’s unprecedented storms, but the brunt of severe weather stayed in Iowa and southeastern Minnesota.

The tiny Freeborn County town of Hartland reported significant damages from a possible tornado, including downed trees and light poles.  The town’s bank also suffered severe damage.  The National Weather Service says a survey team is being dispatched to Freeborn County today to assess possible tornado damage near Hartland. Preliminary results, including an EF rating, if it is a tornado, should be available by late afternoon, according to NWS.

A tornado was confirmed in Plainview, in Wabasha County, where the NWS also reported an 85 mph wind gust.  It goes on record as the first tornado ever reported in December in Minnesota.

In Minnesota Lake, police reported a downed power line at Highway 22 and Main St, which prompted road closures.  Authorities asked citizens to avoid driving around the emergency vehicles that were blocking the area for workers who would make repairs.

Temperatures, which had hit highs near 60 degrees prior to Wednesday’s storm, plummeted overnight to the low 20’s.  Slick roads and poor visibility caused by snow and wind slowed the morning commute for drivers around southern Minnesota.