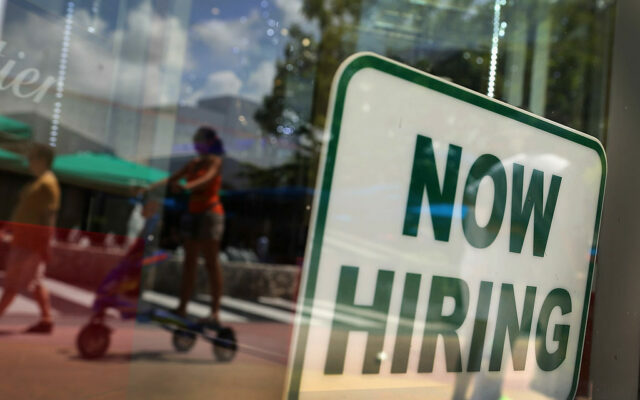 MIAMI BEACH, FL - JULY 05: A ''Now Hiring'' sign is seen in the store front window on July 5, 2012 in Miami Beach, Florida. The ADP released the National Employment Report which showed that employment in the U.S. nonfarm private business sector increased by 176,000 from May to June on a seasonally adjusted basis.The government will release its closely watched employment report for June on Friday. (Photo by Joe Raedle/Getty Images)

Job openings in Minnesota have climbed to a record high, even as employers continue to add jobs.

In Greater Minnesota, there are just over 87,000 vacancies, according to numbers released yesterday by the Department of Employment and Economic Development.