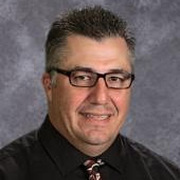 PROCTOR, Minn. (AP) — The football coach at a Minnesota high school has resigned amid a police investigation into player misconduct on his team. The Minneapolis Star Tribune reports that  resigned from his coaching and teaching jobs at Proctor High School on Monday. He had worked for the school district for 21 years. Officials canceled the football season for all high school grades in September amid the investigation. Police have said little about the investigation because it involves juveniles. Proctor is a city of about 3,000 people just west of Duluth.