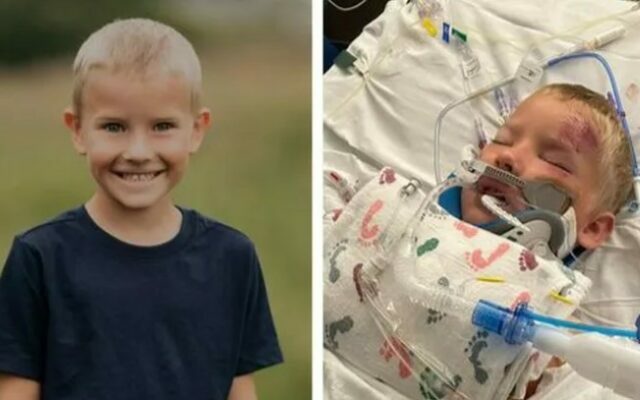 An online fundraiser has been started for a Mankato boy who was hospitalized after a gun safe fell on him.

Samuel Carver was excited to help with a “huge new gun safe” on Saturday in his family’s shop, according to a Go Fund Me page.  The boy was unaware the safe was not yet secure and the safe fell on him when he opened the door, according to the page.  The safe weighs 960 pounds, according to a Caring Bridge page started by Bethany Carver, the boy’s mother.

Samuel’s father used a hydraulic jack to lift the safe as he called 911. The boy wasn’t breathing when the safe was lifted, but Jordan Carver began administering CPR and Samuel began breathing again.  A helicopter landed on the family’s property and Samuel was airlifted to Rochester.  His mother says he was able to whisper his name when he was asked.

The Go Fund Me page says Samuel had two life-threatening injuries and he was immediately rushed into surgery.  More surgeries are expected in the future and the boy is expected to spend a number of weeks or months in the hospital.

CLICK HERE TO DONATE TO SAMUEL’S GO FUND ME