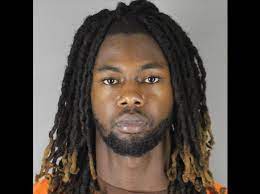 MINNEAPOLIS (AP) — A jury has convicted a man in a downtown Minneapolis nightclub shooting that left two dead and seven others injured. Jurors in Hennepin County deliberated about four hours before finding Jawan Carroll guilty of two counts of second-degree murder and seven counts of attempted second-degree murder Wednesday. Carroll testified he fired his gun in self-defense during the shootout at the Monarch club on May 22, 2021. The 25-year-old St. Paul man said the group of friends he was with got into a fight with another group before he shot at Christopher Jones, killing him. And, a stray bullet struck and killed 21-year-old Charlie Johnson in the back as he was running away.