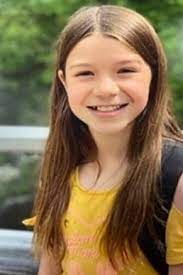 The lawyer for the boy accused of killing a ten-year-old girl in Chippewa Falls, Wisconsin wants the case moved back to juvenile court.

The 14-year-old defendant is charged with first-degree homicide and with sexual assault. Before a preliminary hearing could start Thursday, attorney Michael Cohen announced plans to file for a reverse waiver hearing, with the goal of sending the case back to juvenile court. A hearing on that request is scheduled for the 29th. Ten-year-old Lily Peters was killed in April.