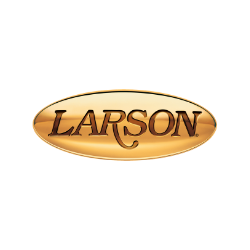 LAKE MILLS — The parent company of Larson Doors announced on Tuesday they were closing their Lake Mills manufacturing plant, impacting about 200 employees.

Company officials told employees about the move at the end of Tuesday’s daytime shift. The final shift for the day shift will be November 18th, while the night shift is done immediately.

Larson first established a manufacturing plant in Lake Mills in 1961 after considering the addition of a fourth building to their operations in Albert Lea. The company was purchased by Fortune Brands Home & Security of Deerfield Illinois in November 2020.

A statement from Fortune Brands says the company conducted a reduction in force impacting positions across the organization, which included the closure of the Lake Mills facility as well as plants in Grand Prairie Texas and Senatobia Mississippi. The company says the decision was based on continued efforts to mitigate external economic risks, an assessment of the industry, and the evolution of the organization to best align with its growth strategy.

The statement says the decision is not a reflection on the skills of the workforce but rather it’s an opportunity to strengthen and solidify the long-term value of their business. The company says they are committed to helping all of its displaced workers throughout the process.