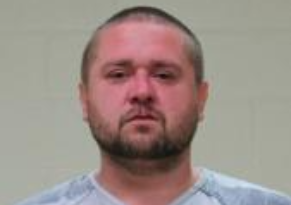 VENTURA — A Kensett man accused of a Ventura home robbery in late March days after being given a suspended prison sentence for a Clear Lake home burglary has been sentenced, had his probation revoked, and will serve 15 years in prison.

30-year-old John Murphy is accused of going into a home in Ventura late on the night of March 31st, grabbing a victim by the hair, dragging them out to the curb and began assaulting them, causing injury.  Murphy then is accused of demanding the keys to a vehicle owned by the victim’s friend, who was in the home sleeping. After getting the keys, Murphy was stopped while leaving the scene, was found in possession of the keys as well as a large clump of hair in his hand and on his jeans.

Murphy was sentenced in late March to a five-year suspended prison sentence and two years probation after pleading guilty to one count of third-degree burglary after being accused of entering a Clear Lake home back on July 31st and stealing over $2000 worth of items.

Drew earlier this month revoked Murphy’s suspended sentence and imposed the prison term, which will be served consecutively with the Ventura home robbery sentence.