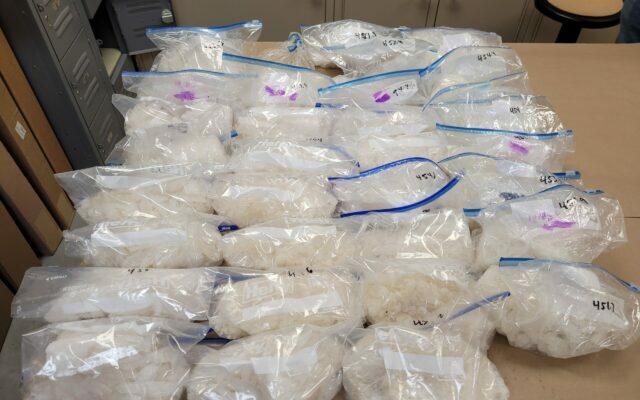 More than 30 pounds of methamphetamine were seized in Shakopee after an investigation that started in Blue Earth County.

The Minnesota River Valley Drug Task Force discovered the source of the drug after a local bust that led to the seizure of about a quarter pound of meth.

Agents made controlled purchases of meth from the residence in Shakopee.  A search warrant was performed at a property in a subdivision where meth was found buried in water coolers in a wooded area near the house.  A garden shed on the property showed evidence of a liquid meth conversion lab. Meth is often smuggled over the border in liquid form and must be converted to crystal before it’s sold

Three men were arrested during the raid.  There are believed to be illegal immigrants from Mexico.  The men are currently in custody in Scott County.

A total of 35 pounds of meth was seized during the investigation, which remains active.