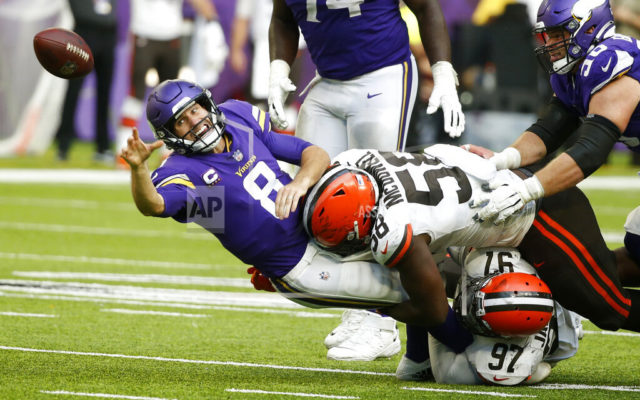 MINNEAPOLIS (AP) — Kirk Cousins and the Minnesota Vikings had to turn away from their short, quick passing game in an attempt to get anything going against Cleveland’s stout defense in a 14-7 loss. Minnesota went 74 yards in 14 plays to open the scoring and then totaled 175 yards the rest of the game. Cousins was pressured consistently by Cleveland’s Myles Garrett and the Vikings had their worst offensive output of the season. Cousins finished 20 of 28 for 203 yards passing.