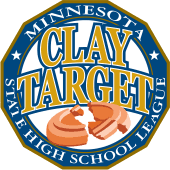 The Clay Target State tournament is being held today June 24th at the Minneapolis Golf Club in Prior Lake.  USC is competing as a team, and individuals from the area, Cody Laskowske from Albert Lea, Ross Huper from Alden Conger and Konner Harpestad from USC (competing for the team and as an individual

More info from the MSHSL.org

Clay Target, the final event of the Minnesota State High School League’s calendar of events for the 2021-2022 school year, is Friday, June 24 at the Minneapolis Gun Club in Prior Lake. The state tournament, held since 2015, features the top 40 qualifying teams, and this season, will showcase the top 93 individual participants that qualified.

The Team Competition begins at 9 a.m. with an award ceremony scheduled for approximately 12:15 p.m. Red Wing is the defending state champion and will shoot in the final team flight at 10:30 a.m. There will be a new champion in the individual competition.

A complete list of participating teams and individuals and their shooting schedules are listed below.

In 2014, the Minnesota State High School League was the first state association in the nation to sponsor Clay Target as an activity. In its first season with the League, there were 185 teams with more than 6,100 participants. This spring, there were 337 member schools that fielded teams and 11,227 participants.

“Clay Target competition has opened up another avenue of activity for both boys and girls to take part in,” said Jim Weinzierl, an administrative region secretary in northwestern Minnesota. “It’s probably the fastest-growing activity in our schools. Clay Target teams unify students who are already in other school activities, as well as students that may not be a part of any other activity that a school offers.”

CLAY TARGET: HOW DOES IT WORK?