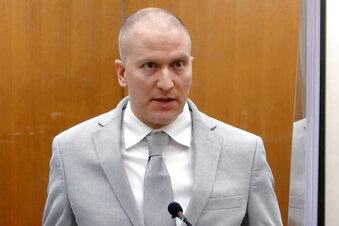 MINNEAPOLIS (AP) — Former Minneapolis police officer Derek Chauvin is about to swap solitary confinement at Minnesota’s only maximum security prison for an unknown future at a federal prison. Experts say that despite Chauvin’s national notoriety for killing George Floyd, he probably will be safer at whatever federal prison he’s placed, and might have a bit more freedom there. Chauvin was sentenced Thursday to 21 years in prison on federal civil rights charges. He’s already serving 22 1/2 years for his conviction in state court on murder and manslaughter charges. Because of differences in parole eligibility in the state and federal systems, Chauvin will actually spend a few more years behind bars after Thursday’s sentence.