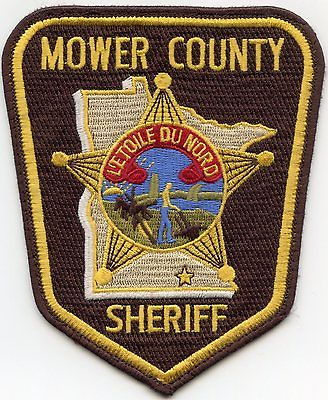 An Austin woman is dead after injuries she sustained in a two-vehicle accident involving a collision with a deer near the J.C. Hormel Nature Center early Thursday evening.

Mower County Sheriff’s Deputies were dispatched at 5:09 p.m. Thursday evening to a motor vehicle deer crash involving two vehicles and injuries on 555th Ave. just south of 235th St. in rural Austin.  Mower County Sheriff Steve Sandvik reported that responding deputies and officers arrived on the scene and observed a black Ford Escape on the shoulder of the roadway with heavy damage to the front windshield and roof area of the vehicle, with an adult female severely injured in the front passenger seat of the vehicle. EMS staff and all first responders started CPR on the victim, a 58-year-old female from Austin.

The driver of the Ford Escape indicated to authorities that they were traveling North on 555th Avenue, or County Road 61 when a southbound vehicle struck a deer, which was then thrown from that vehicle into the air and into and through the windshield of the Ford Escape, striking the passenger.  The driver of the other vehicle which struck the deer first stated to authorities that a deer suddenly ran out from the ditch and it collided with his vehicle, vaulting the deer into the air where it then collided with the front windshield of the Ford Escape as it was passing him in the opposite direction.

Sheriff Sandvik stated that the victim was transported to Mayo Clinic/St Mary’s Hospital in Rochester via Mayo One for her injuries. The victim was later pronounced deceased at the hospital despite all life saving efforts.  Sandvik added that no indications of impairment or other causes of the crash were observed at the scene, and he indicated that no further information will be released at this time until complete family notifications can be completed.

Sheriff Sandvik stated that the Mower County Sheriff’s Office thoughts and prayers go out to all involved in the tragic accident, and he added that as a reminder to everyone as they travel the roads to please slow down and stay aware for deer and other road hazards as our seasons change.