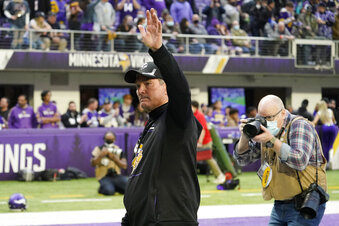 MINNEAPOLIS (AP) — The Minnesota Vikings have fired general manager Rick Spielman and head coach Mike Zimmer, according to a person with knowledge of the decision. The person spoke to The Associated Press on condition of anonymity because the Vikings had not yet made the announcement. The move comes after a second straight absence from the playoffs. Zimmer went 72-56-1 in eight seasons, plus 2-3 in the playoffs. The 65-year-old Zimmer had the seventh-longest tenure among NFL head coaches this season. Spielman was with the team since 2006 and general manager since 2012.