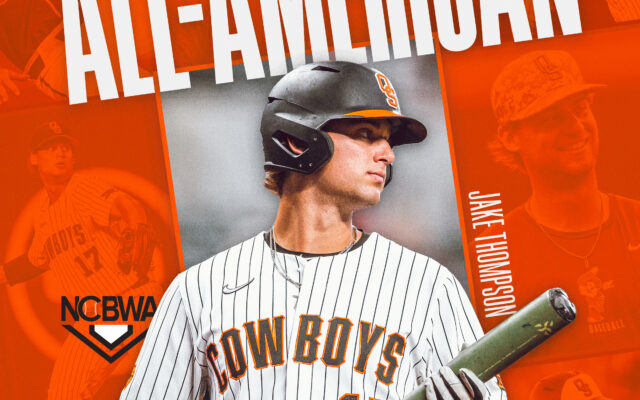 DALLAS – Oklahoma State’s Jake Thompson is a  2022 NCBWA All-American, as Thompson was named to the 3rd team.
Thompson capped his collegiate career with a season that saw him post impressive offensive numbers as he led the Cowboys with a .350 batting average, 20 doubles and 67 RBIs while also topping the team in hits (89), total bases (155), slugging percentage (.610), on-base percentage (.453) and walks (44).

The only Cowboy to start all 64 games this season, 60 of those in left field, Thompson was a semifinalist for the Dick Howser Trophy and earned spots on the All-Big 12 First Team and ABCA/Rawlings All-Central Region First Team.