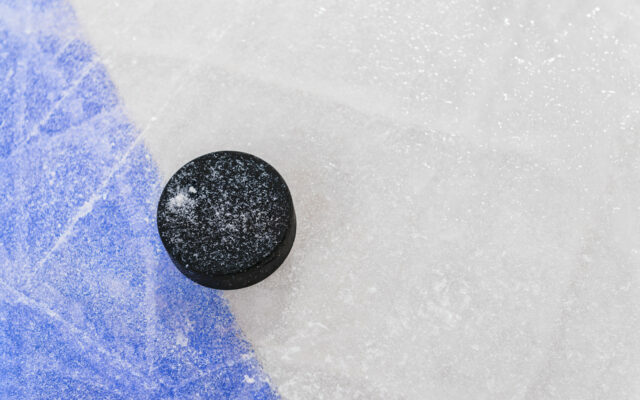 Looking down on a ice hockey puck sitting next to the Blue Line with marred up ice from the skate blades. The Blue Line separates the attacking and defending zones from the neutral zone in the center of the rink.

Albert Lea jumped out to a 3-0 lead after 1 period, Sophomore Mika Cichosz scored twice in the period, Along with 7th grader Haley Austinson netting her first career varsity goal.

Tigers out shot Red Wing 38-20, was 3 for 3 on the power play. Red Wing was 0-4 for the Power play.  Junior Goaltender Rachel Doppelhammer got the win in net with 18 saves.

Tigers are now 2-0 on the season and will host River Lakes on Saturday at 2.  Red Wing falls to 0-3. Albert Lea host Austin on Tuesday, November 22nd, a game you can hear on KATE