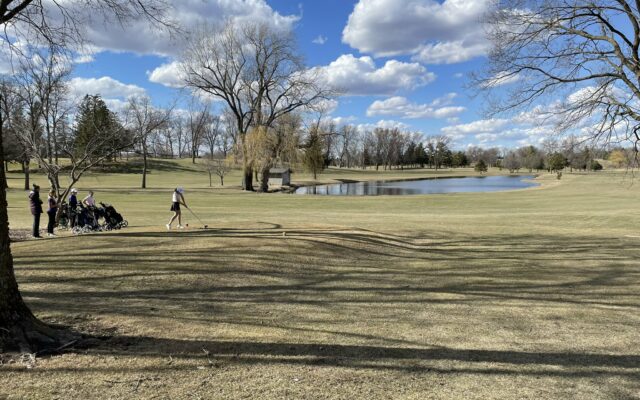 The Albert Lea Boys Golf Team traveled to Red Wing on Monday afternoon for a dual against the Wingers.  Albert Lea won the match 349-357 after both teams put up scores well above their expected season average.

Captain Drew Teeter led the way with a score of 81. Junior Tim Chalmers who shot an 86 was followed by Tucker McKinney and Noah Teeter who put up 89 and 93 respectively.

The Junior Varsity team had a good showing and won their match as well with the score being  360-421. 9th grader Ledger Stadheim shot 82 and 8th graders Ben Rasmussen and Evan Anfinson had 87 and 88.
The Tigers will travel to Byron on Monday, April 18 to play in a field of 12 teams at the Somerby Invite.
Girls Golf vs Red Wing at Green Lea Golf Course
Albert Lea 386
Red Wing 393
Alyssa Jensen medalist with a score of 82
Whitney Mullenbach 90
Ashlyn Berven 99
Addison Herr 113