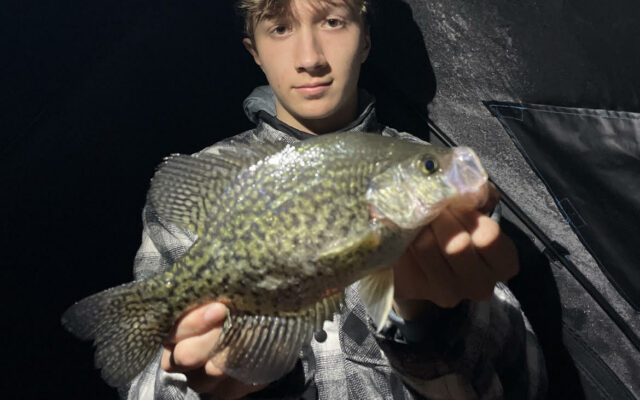 The Albert Lea Anglers hosted their first tournament of the the year on Fountain Lake from January 28th to January 30th.  The “AL Anglers 2022 Ice Blast” had two categories:  the largest 10 sunfish and the largest 5 crappie.  Congratulations to the sunfish winner Kameron Nelson with a total of 87 inches and second place finisher Tanner Conn with a total of 86.25 inches.  Tanner Conn also won the crappie tournament with a total of 56.25 inches.  Max Possehl was the second place finisher with his 5 crappie totaling 54.50 inches.  Random participation winners were Evan Schroeder and Mathew Hall.