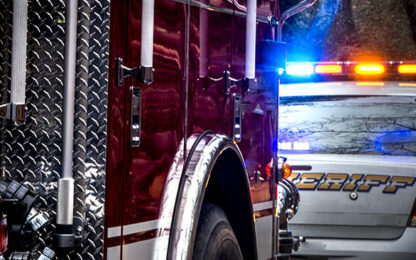 Five people were injured when a semi crashed into a fire truck on icy roads Sunday morning west of Blue Earth.

The Minnesota State Patrol says Solomon Pio Sagot, 41, was eastbound on I-90 when his Kenworth semi crashed into a van and a Blue Earth fire truck.  Sagot had a passenger in his semi, identified as Kristen Kaye Eaglestar, 24.

The fire truck was occupied by driver Corey Bruce Survis, 46, of Blue Earth, and his passenger, Logan Blake Pytleski, 26, of Elmore.

Sagot and Survis were both transported to United District Hospital in Blue Earth with non-life threatening injuries.  Their passengers weren’t injured.

Alcohol was not a factor in the crash, according to the patrol report.

The patrol says roads were icy at the time of the crash, which is listed as 2:17 a.m.