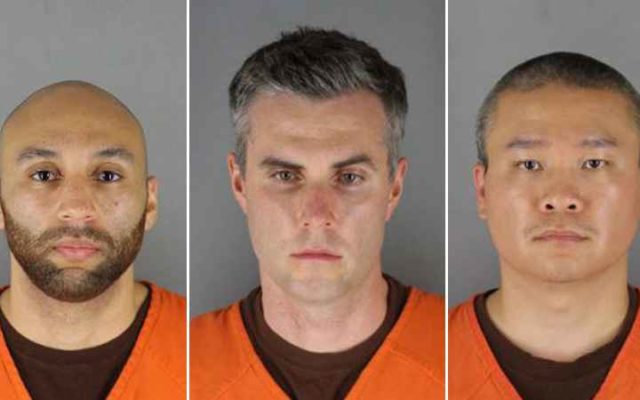 MINNEAPOLIS (AP) — Attorneys for three former Minneapolis police officers charged in George Floyd’s death asked a judge Thursday to bar their upcoming trial from being livestreamed, saying some witnesses won’t testify if proceedings are broadcast. The request from attorneys for Thomas Lane, J. Kueng and Tou Thao is opposed by prosecutors and by news outlets including The Associated Press. Judge Peter Cahill, who ordered livestreaming of the trial earlier this year of former Officer Derek Chauvin in Floyd’s death, said he would rule later on the request. Lane, Kueng and Thao face trial next March on charges of aiding and abetting both second-degree murder and manslaughter in Floyd’s May 2020 death. Chauvin is already sentenced to 22 1/2 years for murder.